← Time for an Aside
Sacred Tree-nity →

Pat sure does love his words.

Yours from the metaphysical plane, 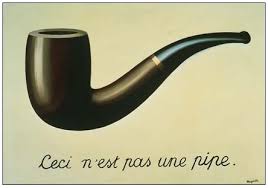 I took Friday off to work on my tan. Not without a sense of guilt, however. It was cool and there wasn’t a cloud in the sky when I put on my headphones and adjusted the chaise lounge to follow the sun. Peter Gabriel’s latest song cycle, Up, was playing on the Walkman, and my body enjoyed basking in the radiant heat. I was reminded of the passage in Beloved where Sethe is tempted to spend the afternoon out in the sun by Mr Garner’s failed grape arbor. There’s something about sitting in the sun doing nothing that brings pleasure like no other can. And stillness of the body allows the mind to roam free. Music frees it further, sending thoughts off on tangents a busy body can’t conceive.

Something was troubling me about Thursday’s discussion. I wanted to speak up then, but I didn’t because what I wanted to say was hard to put into words. And that was close to what I wanted to say: How words work. The almost mystical way words affect the reader. The way metaphor constructs a whole greater than its parts in the reader’s mind. Synergy. 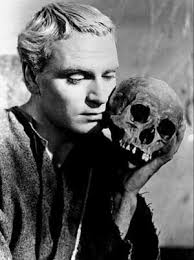 Hamlet always was a fellow I could relate to, but now, like him, I was having a hard time coming to a decision: How best to say this? How best to put into words this intangible thing floating around in my brain, searching for a way out. Then an image came: Rene Magritte’s famous surrealist painting, “This is not a pipe.” Here was something that came close to what I was trying to say. Here was an image to which I could allude to construct my own thoughts around.

What do I tell my students who are having a difficult time with a book?

There’s this painting of a pipe, and it’s called, “This is not a pipe.” You see, it’s not really a pipe kids, it’s just a painting of a pipe. There’s a difference. Don’t you get it? Don’t you see? No? Well, why do we like to label things? Everything has to have a name, doesn’t it? Is there anything left in the world that we haven’t attached a word to? Even the unknown, is the unknown. Our brains work that way; they need a nice, neat label for everything. It makes a chaotic world more manageable. It’s like Eva naming the deweys or Tar Baby; once anointed, they were controllable, they were accepted, they fit  into her view of reality. Still don’t see? Huh?

Our brains function on language. We connect ourselves to the outside world by attaching words to what our senses perceive. These words are separate from the objects perceived; they are symbols/metaphors that represent those exterior objects. The brain then works by association. It looks for connections in these symbols/metaphors, constructing large webs of associations. This complex, yet at most times efficient, system allow us to function and survive in an indifferent world.

How does this relate to novels?

I read where a famous author said that writing is the closest thing to telekinesis that there is. To know the other, is one of life’s most desperate hungers. And it’s a craving that authors can, if not fulfill, at least offer a moment’s respite. But what is this food for the body/mind/soul that they serve us? How do they go about concocting such savory creations?

Did you ever notice how many of the most influential teachers throughout history are those who taught, not by dictum or decree, but by parable and example? Teachers like Jesus of Nazareth, Gautama Buddha, Mahatma Gandhi, and Martin Luther King come immediately to mind. And why is this? If you take away the personality cults surrounding these men, and focus instead on their teaching methods, you’ll find a possible answer: They taught through story. 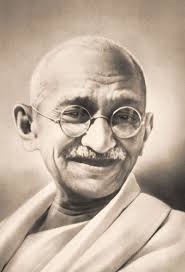 Every story is made up of words. Strings of words placed together that, if the writer has done his/her job right, causes the reader to experience events occurring in a fictional world as if they are really taking place (When people ask me how my novel is going, I tell them it’s going a word at a time). That this event is occurring in the reader’s imagination/mind, not in reality, isn’t important. What makes this different from how we perceive the world at large? Not much. The written word is now the only source from which the brain translates meaning. (Did you ever notice how when you’re really into a good book you’re senses, besides vision, are turned off?) The written word becomes its own reality; a reality the writer is sharing with us, offering it as manna to our starved imaginations.

Every word, group of words, whole passages, has the possibility of many different associations in the reader. That’s how words work in the brain. Some words have more associations than others. People have speculated that there are certain words that tie humanity together, a shared response that goes as deep as our genetic makeup. It’s a beguiling mystery that may never be satisfactorily explained. In any event, we know that words are tools that help us understand each other and the universe we live in.

And what if a reader hasn’t developed enough associations yet? It doesn’t matter. The words have had an affect. It may not be immediately evident, but they have been given the opportunity to do their work. It may take years for the reader to develop to the point where that affect resurfaces, but when it does . . .

Posted on October 22, 2011, in Essay and tagged telekinesis, this is not a pipe, words. Bookmark the permalink. Leave a comment.

← Time for an Aside
Sacred Tree-nity →