Red’s off on one of his so-called adventures, but I’m sure he’ll pop in from time to time to say hello and shoot the breeze. So . . . it looks like it’s just you and me for a spell.

Hope life’s been treating you fair.

Since Red’s already posted a few of my older college essays (those pieces written over six short weeks of reading/reacting to Toni Morrison’s novels during a summer class at UWM) I thought, what the heck, what’s wrong with one more? Especially since this older piece has a nice bit of synchronicity with current events in my life.

Well, not exactly my life but Linda’s.

Linda (my wife, if you are a you who doesn’t already know who she is) had her first mammogram the other day. No, she wasn’t worried about a lump or anything; she thought she best get one now she’s reached that middling age we’ve both attained. Her reaction to the process was pure Linda:

“Boy, that hurt A LOT more than I thought it would. Then they did the left one . . . and that hurt EVEN WORSE!”

“You would think scientists could come up with a machine that could see tumors without smooshing a woman’s breasts into painful pancakes.”

I don’t know about you, but I firmly believe woman have it a lot tougher in life than us guys.

Like many young boys growing up in rural/suburban America, my first experiences with, “People of color” came through the pages of National Geographic. These blush-evoking images of dark-skinned, bare-breasted women toting naked, big-bellied children were unfamiliar sights to my still naïve person. They were strange, yet provocative, to a boy who had yet to grow any hair, “Where the sun don’t shine.” The only other times I’d seen a naked woman was when I had to use the bathroom at the same time that my mother was taking her shower.

There’s a natural curiosity and interest in women’s breasts for young boys. Older boys and grown men often have an intense interest as well, but for younger boys, these large-eyed mounds of flesh draw immediate attention. It’s as if they hypnotize us, and rightfully so. For any breast-fed child, the first thing they see of this world, upon leaving the womb, is their mother’s breast. Food. Warmth. Security. It’s all there wrapped up in a size B cup, just waiting for a cry to trigger its milky release.

Soon after our second child had grown disinterested in my wife’s milk, my wife lamented the loss of the connection and pleasure she felt while breastfeeding. With not as great an emotion, she regretted the change her body had endured during childbirth: including the months leading up to it, and those months that immediately followed. Stretch marks scarred her still bloated stomach with white, jagged bolts of lightning. Her once-upon-a-time firm breasts, no longer engorged with milk, looked deflated like a child’s birthday balloons after the party is over. I remember her looking at herself during those times of postpartum blues, and saying, “What has happened to me?”

I told her that I thought she looked beautiful. She laughed, but it quickly turned to tears, and I had to continue saying how beautiful she was until I convinced her it was true. And she was. We laughed some more then, and came to the decision to call the trauma that birth had inflicted upon her body as “Badges of Motherhood.” They were something to be proud of, not rejected as ugly or unsightly. If the mystery of life is to create new life, she had done her part to keep the story going.

Like my mother and my future wife-to-be, the women in the pages of the National Geographic had breasts that sagged. They hung limply over their distended stomachs, and to my young imagination, they seemed to sway like two, dark pendulums from their chests. The women in the photographs were naked, but they didn’t seem to be ashamed. They were going about their lives as if it were normal to be in a state, au naturel. I think it was this posture that most intrigued me. From the photos, it looked like they lived in a hot place (Wisconsin, in the summer, is a hot place too, but I’d never seen any naked people running around my neighborhood), but they appeared to be coping with whatever discomforts their environment placed them in, managing these burdens while maintaining a sense of serene dignity. My reaction wasn’t in the vein of that racist notion, “The Noble Savage,” but a gut-level acknowledgement of the humanity of these people whose skin was a different color than mine. They reminded me of my own mother, even though her skin color could not have been in sharper contrast.

I once overheard my father talking to a farmer about what sounded like, “Suggs.” Later, when I asked him about it, he said that he and the other man were discussing the weaning of pigs and other farm animals. The terminology he’d used was, “Dugs,” not, “Suggs,” like I’d thought. When I asked him what he meant by that word, he laid it out for me in plain words—along with a list of other nouns renaming the mammary glands of all female mammals, including those of human women. I’d heard many of these words uttered before, though from other boys my age while reconnoitering the elementary school playground during recess, but never from my father who would risk the wrath of my mother if he spoke any one of these words in our home. I thought it was amazing that there were so many colorful ways to name that part of the body that I’d been taught was, “Private.”

Growing up on a mostly, self-sustained farm, I’d been raised with a great appreciation for nature, and the inter-connectedness of life. Biodiversity has more credence in my way of thinking about things than any hypocrisy pontificated from the pulpit. At an early age, I came to the realization that it was better to believe in something that I could see with my own eyes, touch with my own hands, and even taste with my own tongue, than to believe in promises dictated from, “On high,” to a man in a dress, whose hands were so soft, they looked like they’d never done an honest day’s work in their life. Nature doesn’t make any promises. She never lies to anyone. Seemingly cruel at times, she is constant in her indifference to those who labor her soils. Competition and cooperation are her only maxims. Life, death, and rebirth, emblems of her perseverance. In an infinite, and still expanding universe, she shines as a beacon against the chaos of the abyss. 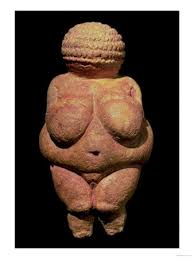 Is it any wonder then that early humans worshiped her? And when they praised her in song and dance, is it any wonder that they did so on drums carved from tree trunks, or from animal skins stretched taunt over hoops of wood; dancing on legs that cavorted and swayed in repeated circles; circles imprinted by their moving feet into the soil? Is it any wonder that when they sculpted a totem to her, they did so in the form they most associated with her?  The fertile earth. The fertile goddess. Gaia. These small, abstract, stone/wood carvings of pregnant women are found throughout the world. This common symbol of life resonates and echoes more deeply in the human psyche than any other. The human soul craves for the nourishment this figure represents. Though we may get lost in this complex, man-made world, we can never forget this one simple thing: Life is its own answer. She is the answer. Complex, yet simple.